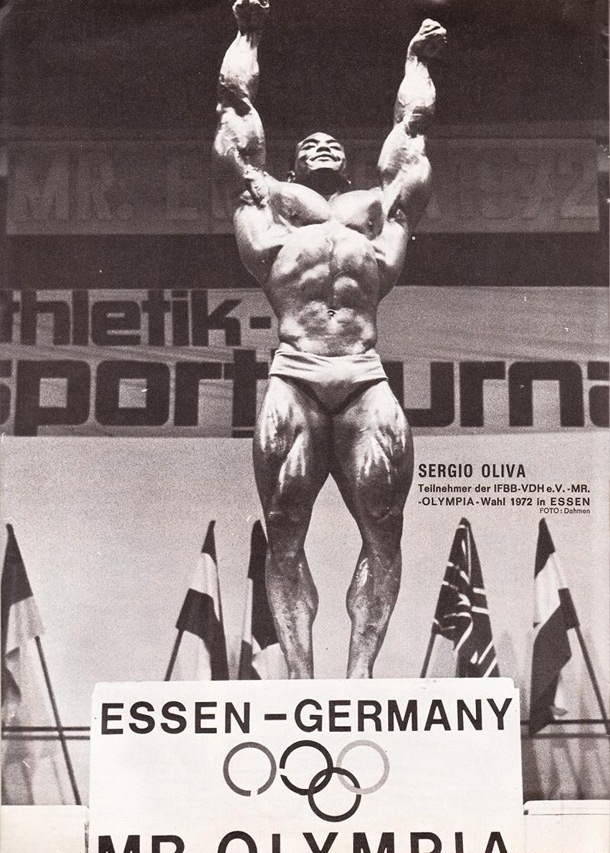 Why Sergio Oliva Is The Greatest Bodybuilder Of All Time


Whether you train with weights on a regular basis and using weights to maintain health and build muscle or you compete as a bodybuilder, you'll know a genetically gifted bodybuilder when you see one. Bodybuilding has become big business now, but 50 years ago bodybuilders were considered rather freaky and not someone who's passionate about health and strength.

Top competitive bodybuilders did not have the free knowledge available on supplements and counting protein like we do today. Their limited knowledge on diet and training did not affect the quality, balance, symmetry and depth of the muscles presented in the first bodybuilding shows, before there was big money in it.

The few men that won top bodybuilding competitions were not only genetically gifted mesomorphs that learned how to train properly; they had guts, grit and sheer determination as well. Sergio Oliva was a black refugee from Cuba who came to America by running to the American Embassy and pleading for citizenship when his country was competing in a powerlifting competition held in Jamaica.

His love of lifting iron got him interested in bodybuilding which led him to competing and winning the highly coveted Mr. Olympia title three times consecutively. Sergio competed in an important time in the growth of bodybuilding as a sport. His mythically perfect genetic proportions that he presented onstage blew the audience away and he got the name of "The Myth" in bodybuilding circles at the time. That nickname remained with him until he died at 71 years old in Chicago, the city where he was a cop once he got citizenship.

Sergio's body was used to work, he was born 4th of July 1941 in Cuba and has worked a hard 9 hour day since he was only 12 years old working with his father cutting sugar cane in Guanabacoa Cuba, where he was born. His father sent him to fight against Fidel Castro when he was old enough.

As we know he lost that fight but Sergio did not get injured and it was after the war that he was first introduced to weight lifting. He was an extremely gifted weight-lifter and within his first 6 months of training was doing a perfect clean and jerk movement with well over 300lbs. Competing at the Olympic games for Cuba his 3 Olympic lifts totalled an impressive 1010lbs.

It needs to be added that being the top in any sport requires more than being "genetically gifted". If you look at all the top sportsmen, from Roger Federer all the way to Tiger Woods, they all have one thing in common, hard work and lots of it. Great genetics like wide clavicles with narrow waist and limbs in perfect proportion with long muscle insertions are the basic requirements to win any bodybuilding competition.

Bodybuilders that win Mr Olympia competitions don't just have great genetics; they have a far superior ability to respond to any progressive resistance training, gifted bodybuilders accumulate muscle mass faster. Kerry Kayes, a British Masters champion says if we imagine a normal person born with 2 bricklayers for them him to help build muscle, any Mr. Olympian would be born with 7 bricklayers inside him.

Sergio Oliva's ideal bone structure with full muscle insertions and his 27 inch waist put him at the top of the list as the greatest bodybuilder of all time. The well-read bodybuilding writer Rick Wayne writes that "Sergio never fully achieved his potential. His regular diet of beans and rice and anything else that titillated his taste buds remained largely unchanged, even when preparing for contests. As for drugs, in Sergio's time all that was generally accessible was Dianabol and maybe an injection of unproven worth once a month".